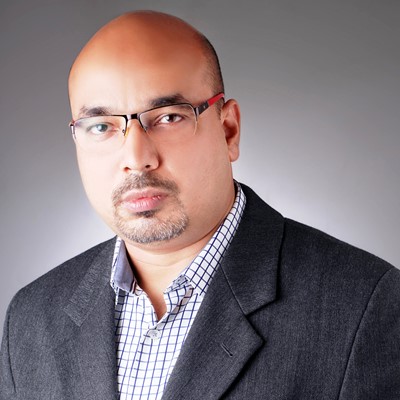 Quantum and AI together will answer and explain many other non-matter dimensions including Human Consciousness, The Self

Although I have been hearing these spiritual jargons like “The Consciousness”, “The Self” ( Atman – in Sanskrit language), from my grand parents since my childhood, but due to my ignorance or whatever, I never paid any attention nor did I took any serious attempt to even understand the deeper meaning of those terminologies. Honestly, I kept aside those spiritual items for my retirement life.
Incidentally, few years back while digging into some deeper concepts of quantum physics, somehow I confronted with the so-called “The Self” (The Consciousness or Atman)again somewhere in a book. But this time, I could not ignore it. The more I went deeper into understanding the concepts from different books, I found it so profound and rational that it compelled and dragged me hostile into a revolutionary thought process that I had never experienced in the past. To my astonishment, these concepts started challenging my each and every concept of the “Material World” and the “Classical Physics” exactly the way when I did started understanding the concepts of quantum physics many years back.

I will try to share my understanding about “The Self” or “Pure Consciousness” in this article. I would also like to highlight here that this is not a spiritual or religious article, nor does any attempt has been made to uphold any particular religion or mysticism.

Let’s take few steps back to understand the concepts better.

The mystery of our existence and the fundamental nature of the universe compelled human being time to time to explore the unknown and the truth in many different ways since time immemorial.
Out of those many approaches; the evident-based and experiment oriented approach flourished as “Science” as we know it today keeping it’s entire focus on exploring the material world; which latter branched into technology that centered around the application of science to solve real world problems in many different areas aimed for the betterment of humanity.

On the other hand, another approach continued to explore the other dimensions that are “Not Perceivable by our Six Senses”, or the dimensions beyond the material world. Surprisingly the practitioners of this approach somehow convinced that there exists other dimensions that are beyond the scope of what we perceive through our sense organs. They also realized the fact that it needs a different method altogether to explore such detentions and can not be accessed through material means or tools. I would say, this realization by itself was a great invention at that time which took couple thousand years to realized and accepted it by a group of classical physicists today.

Astonishingly, the outcome of such explorations of the unknown dimensions resulted in some amazing findings that can be directly correlated with the modern Quantum Physics and quantum behavior of subatomic particles.
I will try to highlight only a few of those in this article.
It was highlighted that the core of the material world is actually non-matter, and it manifests into material form, to be precise, its just a manifestation or we can even say an illusion. Quantum physics today says exactly the same thing which we have been completely missing before in classical physics.

To put it straight, we were so engrossed with the material world and it’s exploration that we missed out a very fundamental deeper dimension which is non-material in nature. This non-material dimension that manifests itself into material frame of our body is explained as our “Consciousness” or “Atman”, the true essence of who we are beyond our physical or social identity. It also holds good for non-leaving being, and that is what exactly Quantum physics indicates – every matter has a non-matter nature at its core; and the phenomena it apparently exhibits is just the epiphenomena (a secondary or just a byproduct).

Now we can correlate this with what is written and available in some of the ancient texts that this non-matter dimension that exists within human or any living being is “ Not Perishable or Destroyable” ; because those applies to only material things like our biological body. The non-matter aspect within us remains unaffected even after our Biological Death. So, what that means is there exists something even after our death. Isn’t it amazing ?In fact, this is the core of all religions that exists in this planet. The core of any religion, spirituality or mysticism is based on the belief that “ There is something that is beyond our death”.

Our “Pure Consciousness” which is non-matter in nature remains and manifests again into some material frame, probably acquires a new life. This theory or hypothesis explains the consciousness much convincingly then what biological or medical science explains. As per medical science our consciousness is consequence of the complex neural activities in our brain, but that doesn’t explains many other fundamental things like quantum challenging traditional scientific view of the universe and the material world today.

With the advancement of Quantum Computing and QML (Quantum Machine Learning) some scientists are hopeful that in future, we will have a more convincing scientific definition and explanation of the “Human/Pure Consciousness”. AI is already revolutionizing many fields including scientific research on quantum nature of fundamental particles and the phenomena associated with those, but application of AI for the research on consciousness has not yet been carried out. But I am sure as we progress more on quantum computing & AI, the time is not too far when we get some compelling facts on those invisible and incomprehensible dimensions like human consciousness and nature of our existence. Quantum and AI combination is going to solve many of the unsolved.

We will explore few more deeper dimensions like how pure consciousness or the self is “All-Pervading” (meaning everywhere) as per some schools of thoughts and what is quantum explanation of the same in the next article.