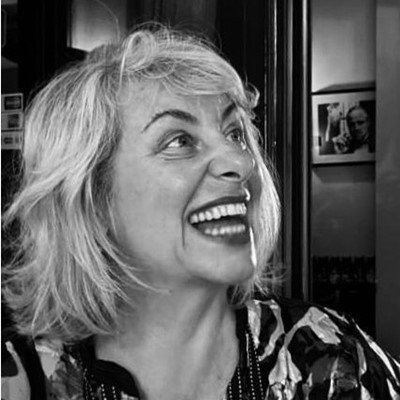 Quantum computation is using semiconductors and superconductors which need topological superconductivity and that is what makes the exotic properties of the quasiparticles called Majorana zero modes so interesting.

For the record, the name Majorana is not derived from the plant Majoran (Oregano or lat. Origanum majorana) but from the Italian physicist Ettore Majorana, a pioneer in neutrino physics and quantum mechanics of spin. In 1932, Majorana correctly predicted the existence of the neutron, which he dubbed a neutral proton, based on an atomic-structure experiment by Irène Joliot-Curie and Frédéric Joliot-Curie. In 1937, Majorana hypothesized that a fermion (a particle) has its own antiparticle. By extension, a Majorana particle can be viewed as being both matter and antimatter at the same time. Today, the Majorana equation and Majorana fermions are named after him and in 2006, the Majorana Prize was established in his memory to recognize outstanding contributions in theoretical and mathematical physics.

Why are MZMs so cool and important

Majorana zero modes are a mathematical construction that allows electrons to be described theoretically as being composed of two halves. From a quantum computing perspective, if an electron can be split into two parts, then the information it encodes as a qubit will be protected from local perturbations.

The practical, although still in “research-mode” interest of MZMs is that they can be used to realize robust and scalable quantum computers. A network of nanowires with Majoranas could encode a string of bits that act as register. In quantum computation, unlike in a classical computer, the information is processed in a fundamentally different way. Instead of using binary information at a single time (0 and 1), quantum computers use qubits, which can represent both 0 and 1 simultaneously. An algorithm can then be executed on the register by exchanging Majorana modes, hence creating different sequences of exchanges. To execute a truly interesting algorithm, we can use a lot of Majorana modes with a long sequence of exchanges.

Qubits have a fragile nature and even the smallest interference can cause them to collapse, making it hard to create viable solutions. Thanks to their unique physical characteristics, Majorana particles are much more stable than most other qubits. Their potential benefits are so high, that companies like Microsoft are trying to find answers to some of these challenges by using Majorana particles to build a reliable quantum computer.

An article published by Jennifer Langston in March 2022 states that “Microsoft’s Azure Quantum program has developed devices that can create quantum properties which scientists have imagined for nearly a century but have not been able to unambiguously produce in the real world — until now.” Krysta Svore, a Microsoft distinguished engineer who leads the company’s quantum software program said “What’s amazing is humans have been able to engineer a system to demonstrate one of the most exotic pieces of physics in the universe. And we expect to capitalize on this to do the almost unthinkable — to push towards a fault-tolerant quantum machine that will enable computation on an entirely new level that’s closer to the way nature operates.”

More research is needed to further develop this field and to make relevant discoveries. The expert community at #humanAIze is advocating and promoting skilling and reskilling programs to enable interested people to build a good understanding of the differences between classical and quantum computing. Understanding how a quantum computer works will lay the foundation to understand the field of artificial intelligence.

Nancy Nemes
Nemes Ventures and #humanAIze
Founder & General Manager
Nancy [Germany] is the founder of #humanAIze and Ms. AI and the general manager at the digital startup Nemes Ventures. Together with a fascinating community of AI experts from business, ICT,  technical, philosophy or neuroscience disciplines, I am working on a wide range of technical aspects to enable societal progress whilst having the time of my life! www.nemesventures.com/nancynemes
Learn More

So many are interested in joining us and supporting us.
We decided to start a
“SwissCognitive Ambassador Program”
in late 2018. Sign up